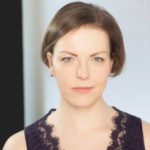 KC became Tiny Dynamite’s Producing Artistic Director in July, 2017.  She has been a director, educator, and arts administrator in the Philadelphia region for over fifteen years, directing more than 35 productions and focusing on the mentorship of young artists. A resident director at Lantern Theater Company, KC’s work there includes Arcadia, Mrs. Warren’s Profession, The Beauty Queen of Leenane (named Best Production of the 2012/13 season by Philadelphia Weekly), The Breath of Life (Barrymore nomination: Outstanding Overall Production of a Play), and The Hothouse (Barrymore nominations for Direction & Outstanding Production). Other credits include Dram Tree Shakespeare (Wilmington, NC), InterAct Theatre, Shakespeare in Clark Park, Commonwealth Classic Theatre Company, Inis Nua, and many shows for Theatre Horizon, including I Am My Own Wife (Barrymore winner, The Virginia Brown Martin Philadelphia Award & nominations for Direction & Outstanding Production). In 2015, KC was named one of Billy Penn’s Who’s Next: 16 Young Philadelphians Shaping the Arts Scene. 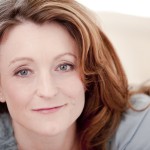 Emma hails from the UK where she trained and worked as an actress in London, the West End, at The Edinburgh Festival, on tour and regionally around the UK in both new writing and classical theatre, for BBC radio drama, and film. Most recently she has performed in Philadelphia as Corinne in The Country and with Inis Nua Theatre Company as Morna in A Slow Air. She is the producing artistic director of Tiny Dynamite and when not performing or producing, also directs Shakespeare at The Shipley School. She also worked for several years as a freelance journalist for The Guardian Newspaper in London and 2SER fm radio station in Sydney, Australia. 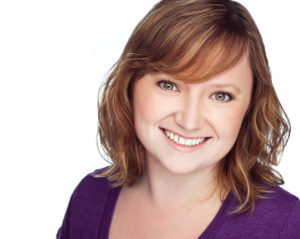 Meghan is a dramaturg, actor, and Artistic Associate here at Tiny Dynamite. She is the resident dramaturg at Lantern Theater Company, and has also worked as dramaturg at Theatre Horizon, Shakespeare in Clark Park, Hedgerow Theatre, Company, and Iron Age Theatre Company. She has appeared onstage at the Lantern, SCP, Revamp Collective, and Hedgerow. Meghan earned her Master’s Degree in Theatre at Villanova University, where she was a proud recipient of the Brian G. Morgan Memorial Theatre Award.