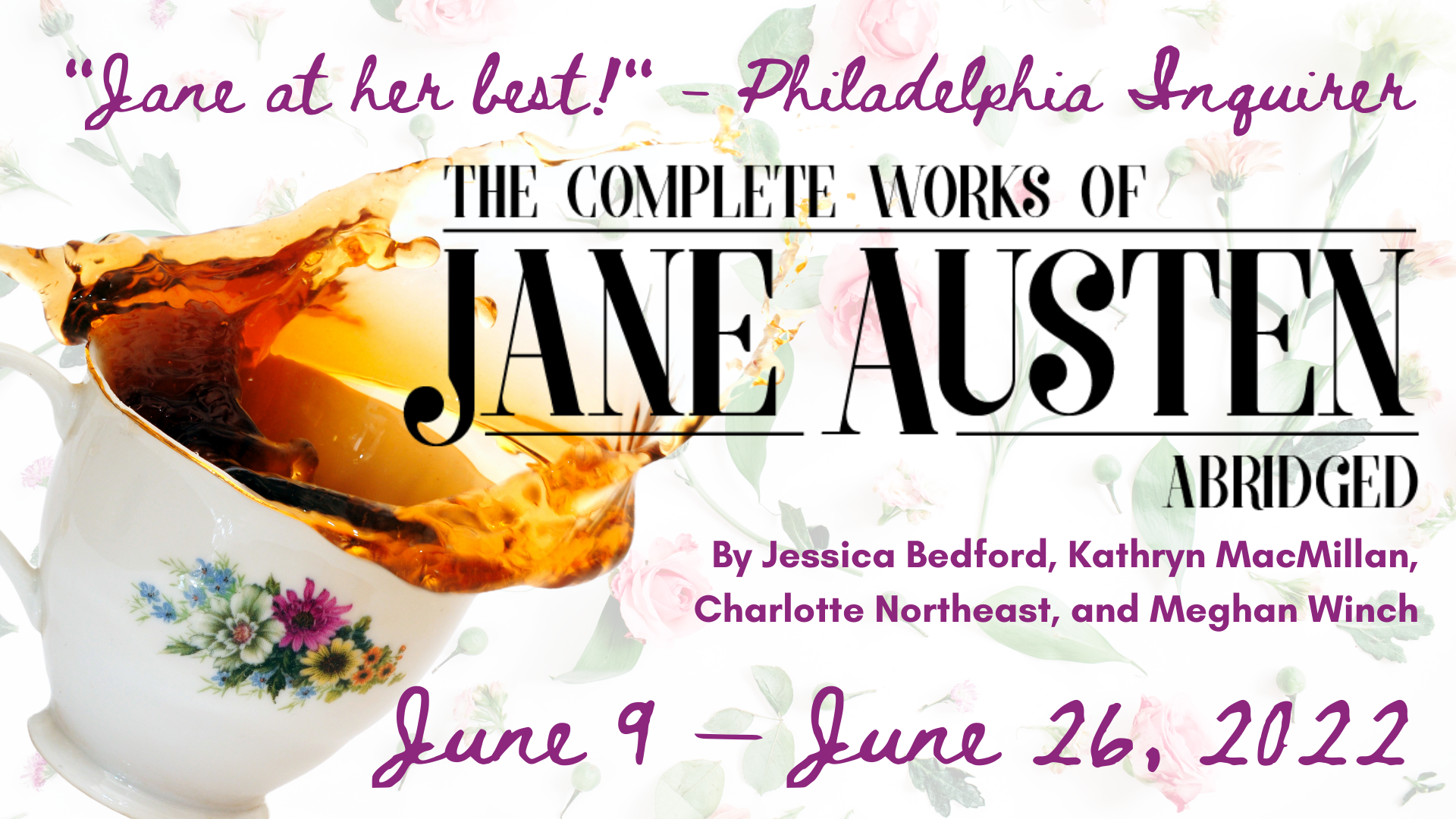 The long-awaited return of our loving romp through Jane Austen’s work!

It’s the promised—and long-awaited—return of The Complete Works of Jane Austen, Abridged, now at a new venue with an all-new production! Join us for this return engagement of the smash hit comedy, which critics have called “a delight,” “an affectionate tribute,” and a “delicate negotiation between homage and parody” with “incredible” performers.

Come along for a fun, funny, and fast-paced romp through the masterpieces of Jane Austen with The Complete Works of Jane Austen, Abridged. Three nimble actors take on all of Austen’s beloved heroines, friends, and love interests—and her incisive social satire—in just 80 minutes. Join us in person and fall in love with Emma, Elinor, Mr. Darcy, and more, as brought to life by some of Philadelphia’s favorite performers. It is a truth universally acknowledged that an audience in possession of high spirits must be in want of a ticket to this big-hearted comedy that will delight Janeites and newcomers alike.

Seats in the first two rows will be reserved and will be assigned in the order in which reservations are received. The remainder of the house is will be general admission seating.

This production will be recorded for a limited streaming release after the in-person run. More details about accessing that streaming version will be released very soon — keep an eye out!

While we love sharing a drink and a snack with you, because this performance is indoors masking will be required for all patrons in the building throughout the event. In lieu of a pre-show pie and pint, every patron will go home with a treat to enjoy after the show!

Our new venue offers wheelchair accessibility and an improved HVAC system that well exceeds recommended guidelines in air exchange cycles and filtration. Please contact us if you are in need of accessible seating.