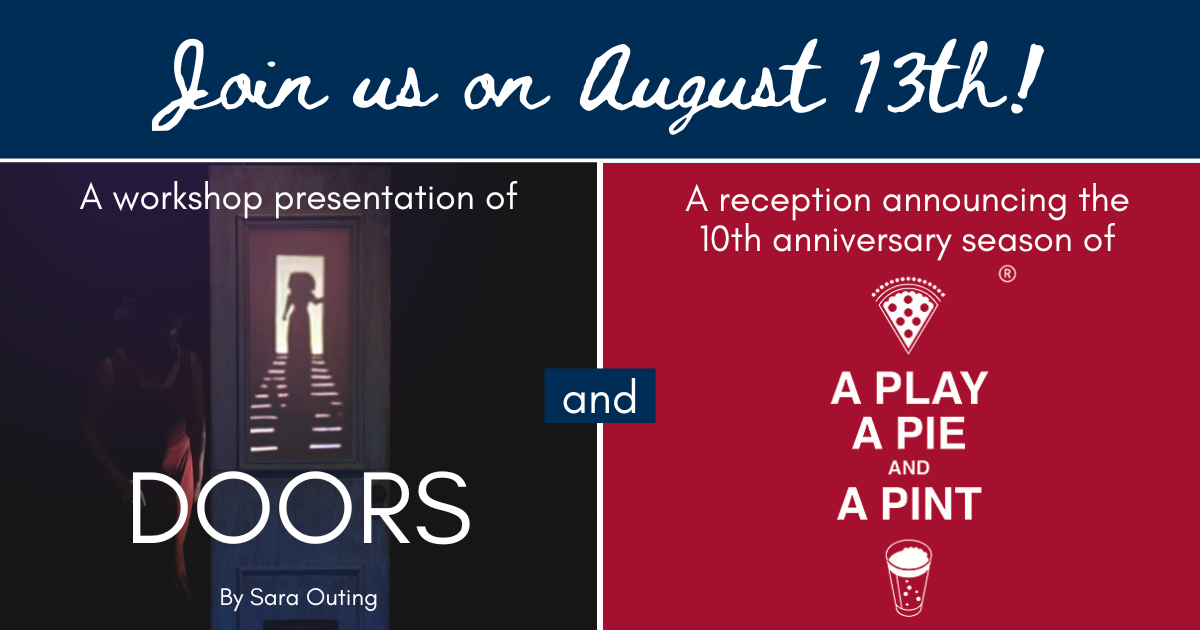 See a show and raise a glass!

Join us for an exciting work-in-progress showing of DOORS, a work of shadow puppetry, followed by a reception and announcement of A Play, a Pie, and a Pint’s 10th anniversary season!

DOORS is a work of shadow puppetry and music that takes audiences on the walking journey of a central character. DOORS is an allegory about exhaustion and resilience, set among echoes and blueprints of the structures that keep Black Americans from being free. Tracking the journey of an ever-morphing central figure, DOORS leaps across time and place to examine four centuries of displacement and survivorhood, finding cues for rest, modes of resistance, and a vision for the future.

DOORS has been supported by the prestigious Jim Henson Foundation and received a workshop at New York City’s HERE Arts Center.

The workshop presentation will be followed by a reception featuring light snacks and drinks to celebrate the announcement of our 10th anniversary season of A Play, a Pie, and a Pint!

Artistic associate Sara Outing was the designer behind the award-winning play-by-mail A Breath for Us. Audiences have seen her creative, surprising set and props designs for The Complete Works of Jane Austen, Abridged, our Oktoberfest and Valentine’s Day celebrations, The Art of Swimming, and more Tiny Dynamite productions, as well as on stages throughout Philadelphia.